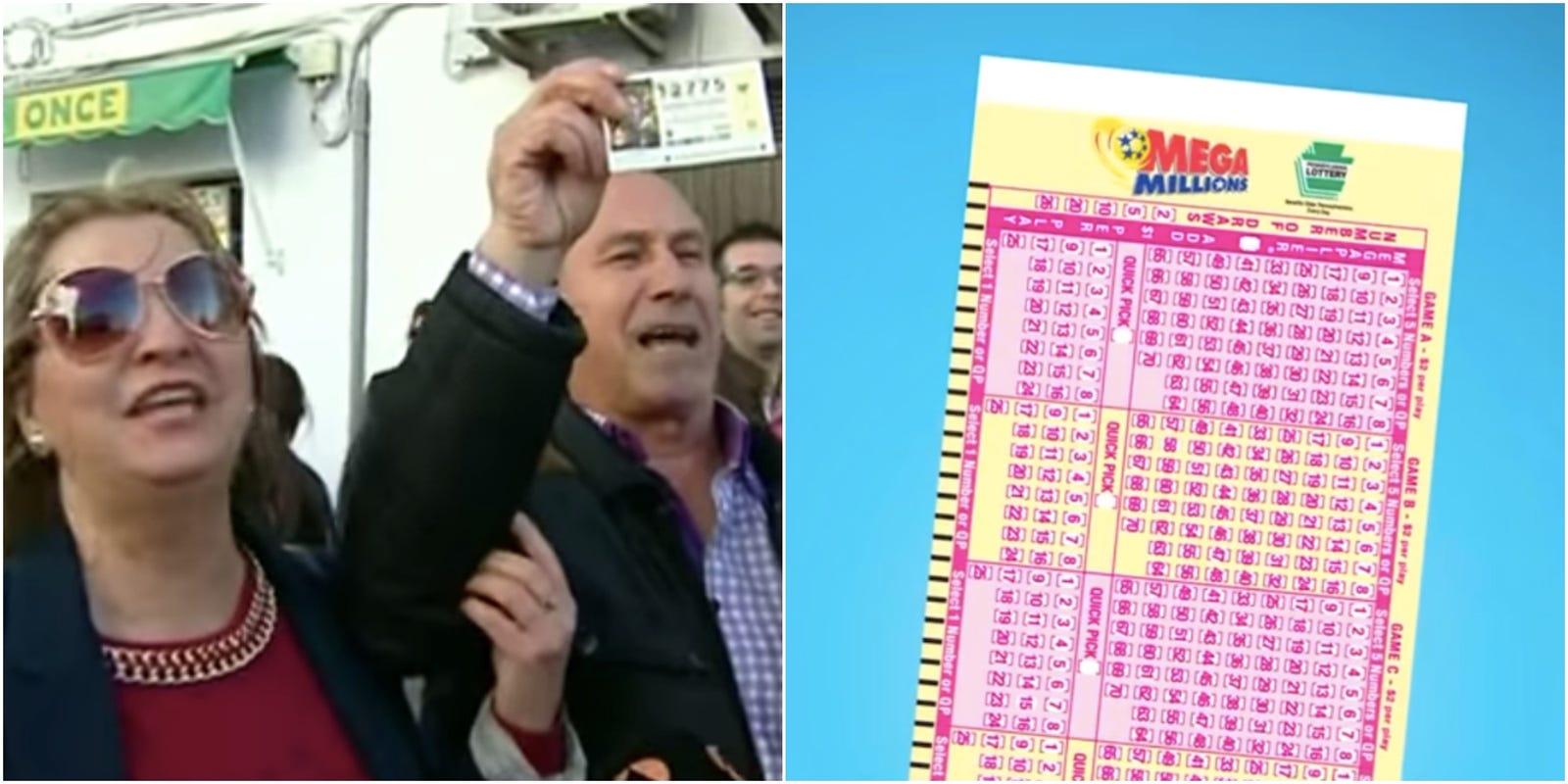 The odds of winning big in the lottery are pretty slim, but this doesn't stop most people from fantasizing about how their lives would be changed overnight as a result of taking home a huge pile of cash.

In 2016 alone, the total revenue from lottery sales in the US was $73 billion, and loan marketplace Lendedu calculated that figure meant Americans spent around $233.04 per head on lottery tickets that year.

The last decade boasted some of the biggest lottery wins of all time, including a whopping $1.586 billion Powerball jackpot in the US in 2016 — the world's biggest ever jackpot.

Big lottery wins have also resulted in some tragic losses for those who came into large amounts of money so publicly.

As 2019 comes to an end, Insider took a look at some of the biggest lottery winners and losers of the past decade from around the world.

The world's biggest jackpot to date was on the US-wide Powerball game in 2016, and amounted to $1.586 billion. The winners were three couples who split the winnings between them. 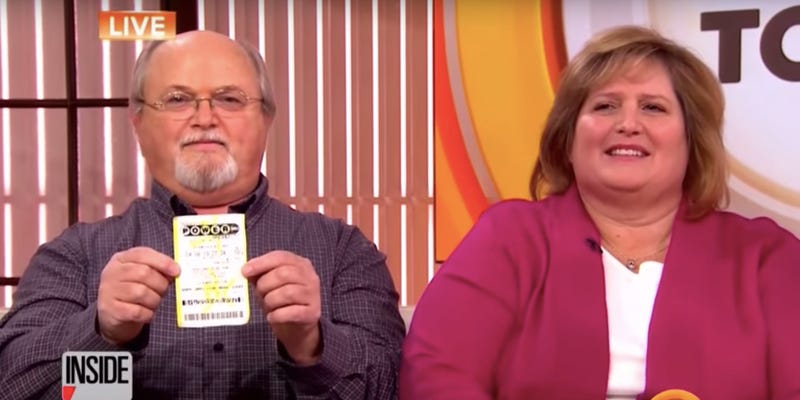 The biggest lottery payout to a single winner in US history was from a $1.537 billion jackpot in the Mega Millions lottery this year. The anonymous winner from North Carolina chose to take home a lump sum which amounted to $491.7 million after tax. 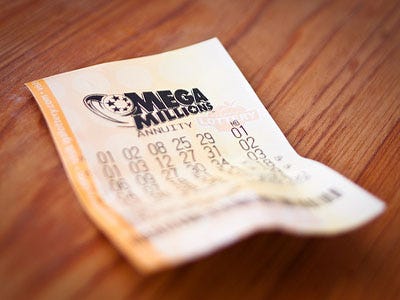 Another big win was the Powerball jackpot of $687 million in 2018. Lerynne West, a single mom of three won half of the prize money and decided to set up a foundation in the name of her grandson who died in the same year.

According to its website the Foundation offers financial aid in the areas of children's health, poverty and hunger among other issues. 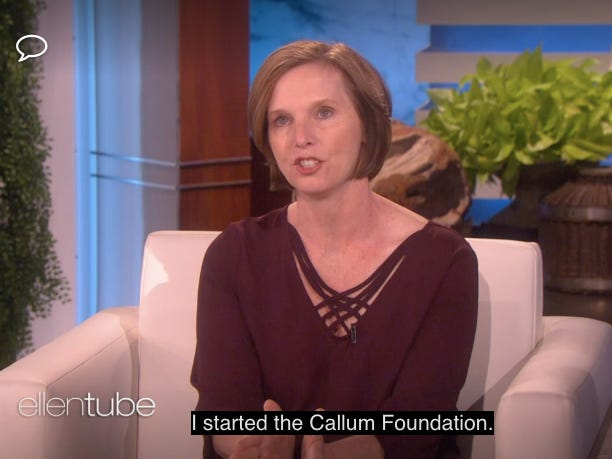 The other half went to Robert Bailey from New York City. Bailey used the the same combination of numbers every week for 25 years before he made his big win. 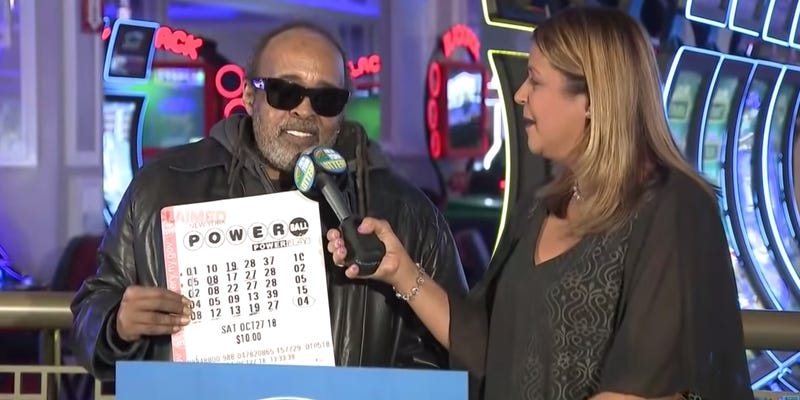 He said he would continue to play the lottery regardless of his big win and continue playing his numbers "until this train runs out!"

Mavis Wanczyk won a $758.7 million jackpot in the Mega Millions jackpot in 2017. The 53-year-old from Massachusetts quit her job the following day and announced her win to the media just 24 hours after — against the advice of experts. 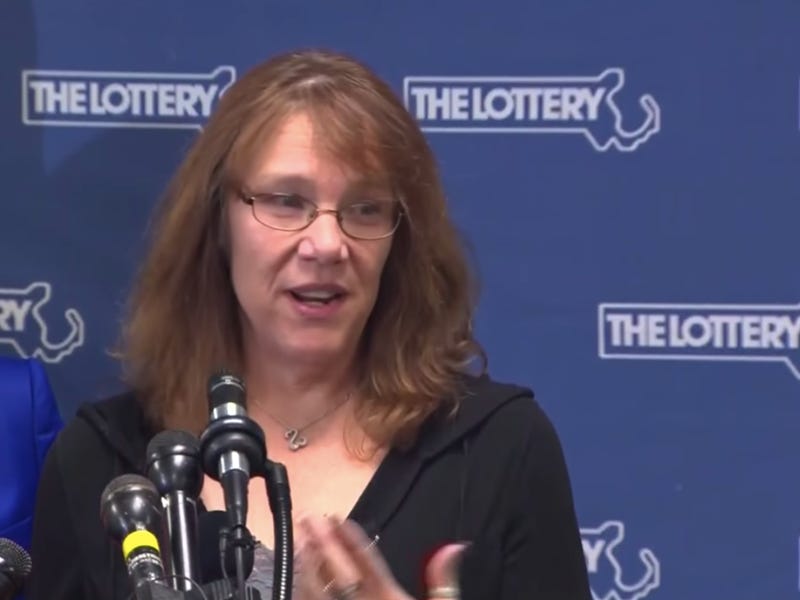 Merle and Patricia Butler from Illinois were winners of the $656 million Mega Millions jackpot in 2012. The couple's first purchases with their winnings were a new car and tickets to St. Louis Cardinals games, their favourite baseball team. 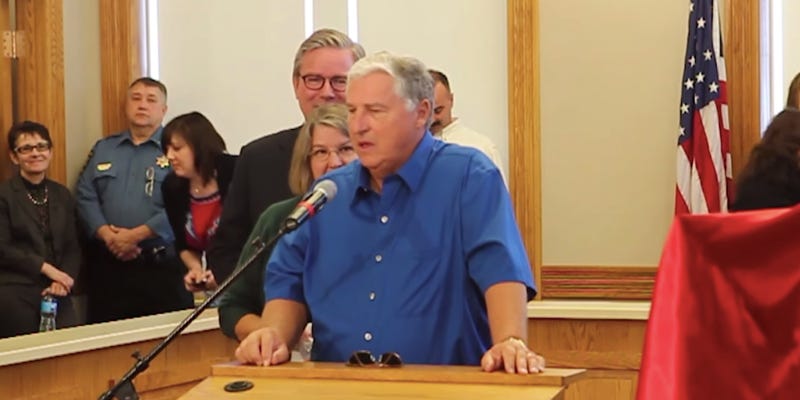 Not every lottery winner's life improved after they made a big win. Jack Whittaker won $314.9 million in the Powerball in 2002. He then had his car broken into twice, his uninsured home in Virginia was destroyed in a fire, and two people were found dead on his properties. 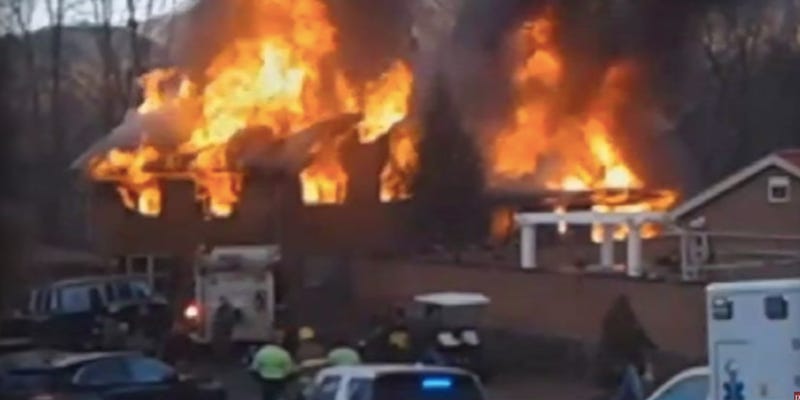 In 2013, Urooj Khan was one day away from claiming his $425,000 lottery win in Chicago when he died of cyanide poisoning. Chicago police declared Khan's death a homicide. 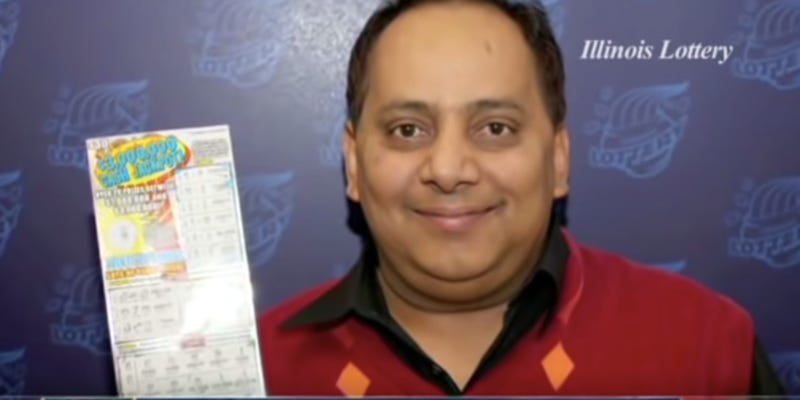 Most of the biggest lottery wins in the past decade were made in the US — but the lottery popular in countries all around the world. 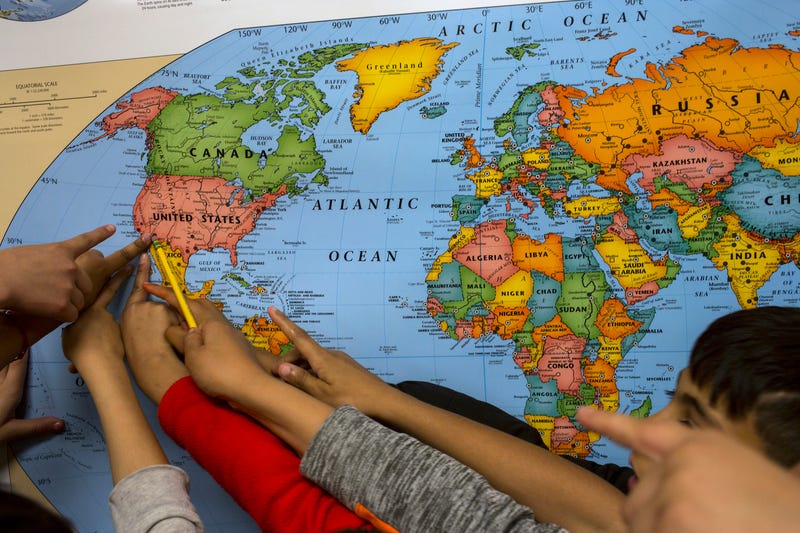 The Spanish Christmas lottery, or the Sorteo Extraordinario de Navidad in Spanish, is the biggest lottery in the world in terms of total prize. Winners in 2019 are expected to take home a combined 2.4 billion euros ($2.65 billion). 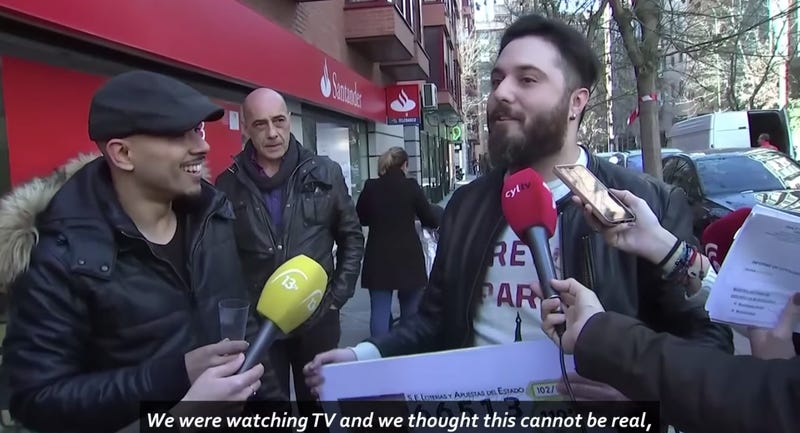 Also referred to as "El Gordo," meaning "The fat one," the lottery takes place on the 22nd December every year.

Maria Racero is a resident of Madrid and told Business Insider that the El Gordo is a huge cultural event across Spain. 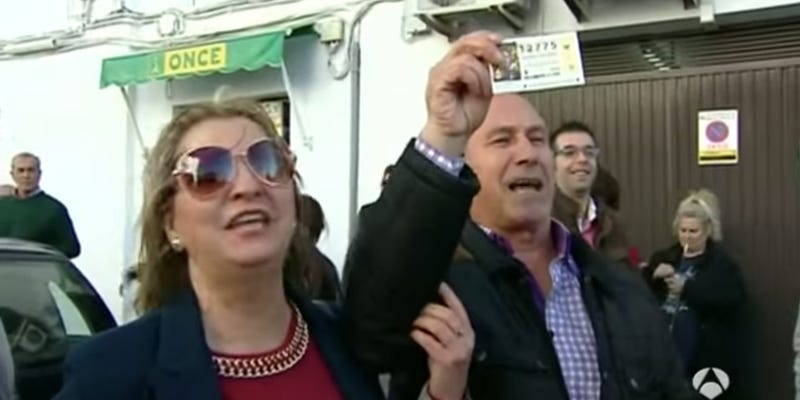 "Siblings buy them for each other, so my mom and her siblings are six and they buy lottery for one another for Christmas, it's very cute."

The UK's biggest ever lottery winners are Chris and Colin Weir from Largs in North Ayrshire in Scotland. The couple won £161 million ($211 million) in 2011. 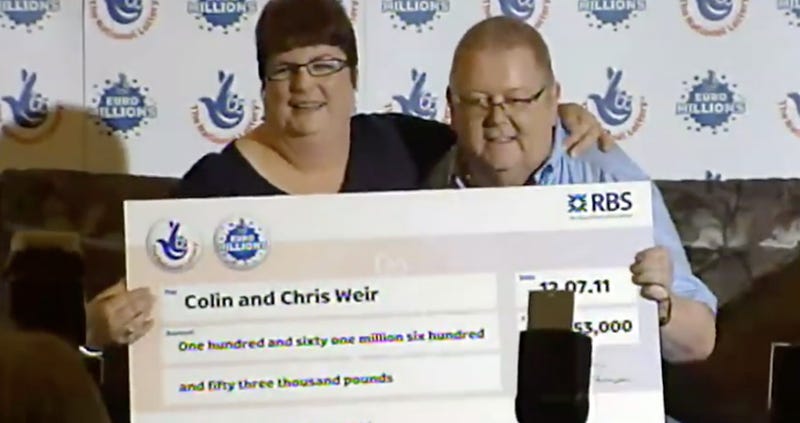 While most people can only dream of one lottery win, a family in Scotland won three separate £1 million ($1.3 million) prizes, earning the title of Britain's luckiest family. The Fry family from Bo'ness in Scotland made their multiple wins between 2011 and 2016. 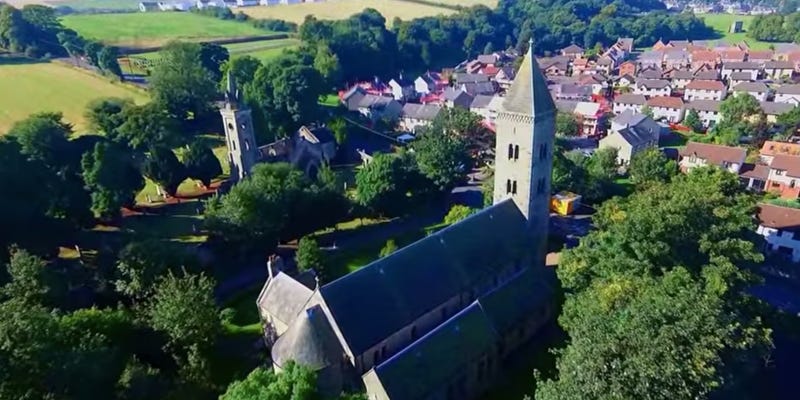